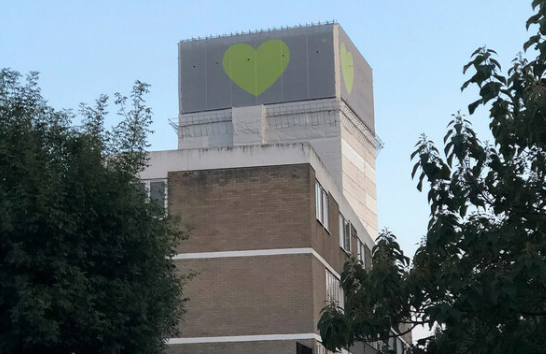 The UK construction industry has a culture that values cost savings ahead of safety and this was of “particular relevance” to the Grenfell Tower project, an expert witness has said.

The inquiry – which has examined the refurbishment of the tower in detail – has seen evidence showing that the originally specified non-combustible zinc and aluminium cladding panels were switched for a cheaper product with a highly combustible polyethylene core to help make budget savings of £800,000.

It has also seen that the major focus of the project was pointed towards achieving ‘value for money’ after warnings in 2013 that it could not be achieved within the set budget of £8.5m.

In his report, Mr Hyett said: “The culture within the UK construction industry has been oriented with an emphasis towards cost and value engineering at the detriment of safety.”

He added that of “particular relevance” to Grenfell was an observation made in Dame Judith Hackitt’s report on building safety, which noted that “value engineering can often result in uncontrolled, undocumented and poorly designed changes being made to the original design intent”.

Asked about these comments, Mr Hyett said that there are design and build contractors who are “highly responsible” when it comes to reducing costs in a safe way.

But he added: “Frantic cost-cutting exercises are common in the building industry… and the end result of that in this situation is that people who have not had proper training are pressured to make decisions against desperate constraints of time… and we see that with faulty specifications and faulty design drawings.

“I’m afraid our industry is not in good shape in this respect in many of its constituent parts.”

At Grenfell, a gap around the new windows should have been packed with non-combustible Rockwool insulation according to original design drawings, but was instead filled with highly combustible Celotex following on-site decisions.

Mr Hyett did not specifically explain which part of the Grenfell Tower refurbishment he was referring to in his comments.

Later in his report, he said of the architectural profession: “Within my own profession, and despite so much that is evident in the form of real and good progress in recent decades across so many fronts, there has of late been much more emphasis placed on design aesthetics and the perceived elegance, ‘richness’ and efficiency of the planning, spatial organisation and appearance of buildings, than on technical aspects of design, particularly as they relate to safety of the building in use.”

Earlier in the day, he was critical of a data sheet written by insulation manufacturer Celotex to describe its product, RS5000, in summer 2014.

While this sheet made it clear that the product could be used only in the specific cladding system that had passed a ‘large-scale test’, it also described the plastic insulation as “suitable for use” on tall buildings without any immediate qualification.

Mr Hyett said that while a “reasonably competent architect” should have been able to read and understand it, the wording created “the potential for it to be misunderstood”.

“The presumption is that the product is compliant and the specifier has to interrogate the literature… there is no qualification, which should be there in my opinion,” he said.

“Anybody specifying should be able to read that document and on reading it conclude that [the insulation] is not compliant, but it should not be made such hard work.”

The conclusion of Mr Hyett’s testimony marks the end of ‘module one’ of the mammoth second phase of the Grenfell Tower Inquiry. Opening statements for module two – which focuses on how the products in the cladding system were tested and marketed – will begin tomorrow morning.